Katalin Karikó will be present at the 2021 Exner Lectures for her Laureates Lecture: 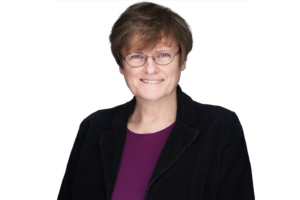 The idea of creating a vaccine with messenger RNA, or mRNA, the substance that help to convert DNA into proteins, goes back decades. However, early efforts to use synthetic mRNA for treating or preventing various diseases failed due to the inflammatory nature of such mRNA. While working at the University of Pennsylvania Medical School, Katalin Karikó found that transfer RNAs known to contain many modified nucleosides were non-immunogenic, when delivered into immune cells, thus suggesting that modified nucleosides might suppressing the immunogenicity of the RNA. The seminal work by Karikó and colleagues revealed that one of the four building blocks of RNA, the uridine was responsible for triggering inflammation in mice. Using modified nucleotides, she synthesized protein-encoding long mRNAs containing modified nucleosides, including pseudouridine. She found that mRNA containing pseudouridines were non-inflammatory, didn’t activate the RNA-sensing receptors located in the endosomes of human immune cells. Most importantly, the pseudouridine-containing mRNA translated into the encoded protein very efficiently. They demonstrated that modified mRNA encoding erythropoietin was functional in vivo and increased the hematocrit in mice, opening the potential to use the mRNA for the treatment of anemia and other medical use. Together with her colleagues at the University, they used modified mRNA formulated with LNP as vaccine and protected mice and macaques against a variety of viruses. Nucleoside-modified mRNA were successfully used to create the anti-SARS-CoV-2 mRNA vaccines by BioNTech/Pfizer and Moderna/NIH, and both approved for human use. The legacy of the Wilhelm Exner award is to honor scientists whose work has demonstrated significant outcomes for the betterment of humankind, for society and businesses. The novel mRNA platform not only accelerate development of new vaccines and other drugs, but makes all the mRNA-based medicine more affordable since using the human body to generate their own medicine.

Get your tickets here!