American chemist Chad A. Mirkin is considered the discoverer of spherical nucleic acids (SNAs: Spherical Nucleic Acids). For two decades, he designed and engineered the architectural features of these materials to define their novel structure and functional relationships in the context of materials engineering, extracellular and intracellular molecular diagnostics, gene regulation, and immune modulation. SNAs have spawned numerous commercial products in life sciences, biomedicine, biotechnology, and pharmacology. 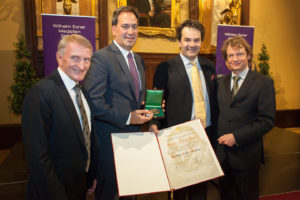 A professor since 1991, Mirkin has also been director of the International Institute for Nanotechnology at Northwestern University since 2004. He pioneered the development of nanoparticle-based biosensors and dip-pen nanolithography and has made important contributions to supramolecular chemistry, nano-electronics and nano-optics. He founded several biotechnology companies (including Nanosphere, NanoInk, Aurasense), holds more than 1,200 patents, and has received numerous awards. 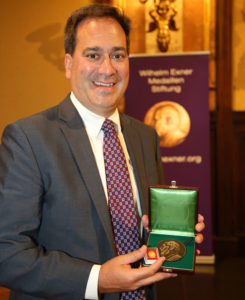